Marcus Bettinelli is the most improved player

1 June 2018
The official 2017/18 Championship season has come to an end. This leaves the opportunity to look back at the individual performance of all players. Based on the results, who are the Championship’s most improved players (MIP)?

By using both the EuroPlayerIndex (EPI) and EuroClubIndex (ECI) values, we are able to distinguish between players who benefited individually from the outstanding performance of their teams and players who had exceptional performance throughout the season regardless of their team’s success. An interesting example is that of last year promoted Millwall. The Lions played above expectations, resulting in an 8th position and a rise in both the ECI and the individual EPI values of the players. However, as can be seen in the table below, the steep rise in Millwall’s ECI has led to a limited overall effect on the probability of winning the MIP award. Nevertheless, the London club still accounts for three out of ten most improved players.

This year’s Remiqz MIP award winner is Marcus Bettinelli. The 26-year-old Fulham goalie played a total of 30 matches this season resulting in 14 clean sheets and a total of only 21 conceded goals. Bettinelli also contributed to Fulham’s promotion to the Premier League, by conceding only one goal in all three promotion playoff matches.

Runner-up is Dutch winger Florian Jozefzoon. The 27-year-old moved to Brentford in January 2017 after he fell out of the first-team picture at his former club PSV. Due to injuries of his direct competitors, he managed to secure his spot in the first team and played a total of 2989 minutes in all competitions. With a total of 7 goals and 8 assists, he definitely had his share in Brentford’s successful season. 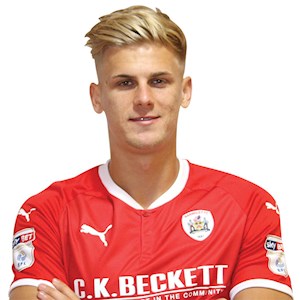 In third comes English central midfielder Brad Potts. After three seasons at Carlisle United and two seasons at Blackpool, Potts moved to Barnsley in August 2017. Regardless of his impressive 37 Championship fixtures last season resulting in three goals and three assists, he couldn’t prevent his club from relegating.

And what about the Fulham star player Ryan Sessegnon? The 18-year-old has been named the player of the season, young player of the season and Championship apprentice of the year and played in all 46 matches this season. Providing his team with 15 goals and 6 assists, he definitely put himself on the map. In the MIP charts, he only finished 27th however. This is mainly because of his relatively high EPI value at the start of the season, showing that we already had our eyes on him before the start of the season. Finishing at a personal high of 3262, he still has the highest overall EPI value of all Championship players, making him the well-deserved Player of the Season.

Finally, and perhaps also central to this overview, is that not all players managed to live up to the expectations. Claiming a middle-ranking 11th spot this year, Bristol City did not show much improvement both in terms of ECI and the players’ EPI values. This results in their most improved player Hördur Magnússon (+184) only coming in at number 160 on the overall list.

In conclusion, the purpose of this article was to demonstrate which players improved the most last Championship season, as compared to their teammates as well as competitors at other clubs. By looking at improvements on an individual level and comparing these to the overall team performance, we declared Marcus Bettinelli the Most Improved Player of the Championship season 2017/18. He has proven to be a reliable keeper, but will he be able to carry this through next season on the highest level?

back to all our blogs